Concussion in sport: Call for health and safety protections to apply to athletes as they do to other workers 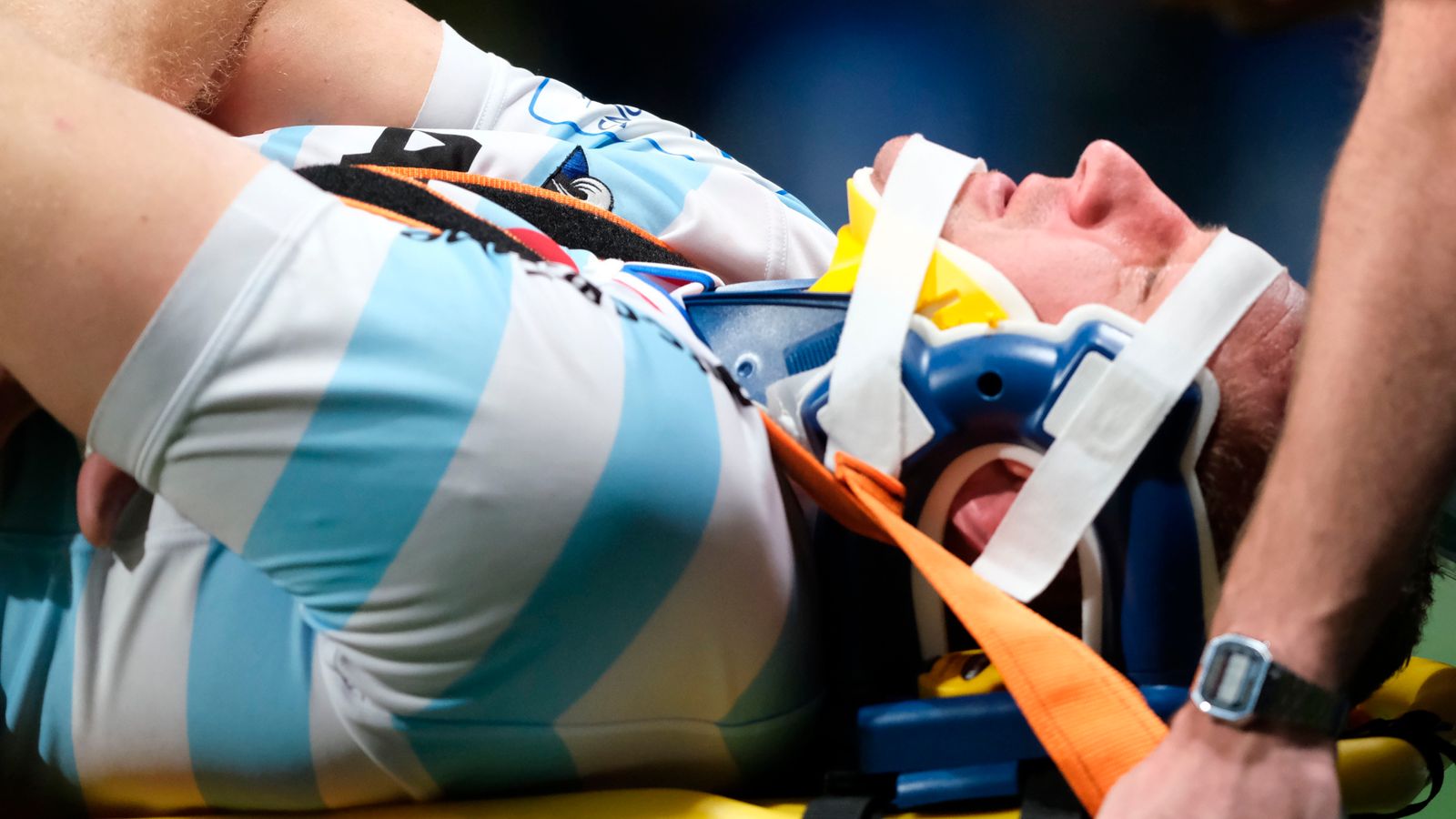 The government must address its “long term failure” to reduce the risk of brain injuries in sport, according to a report.

The Digital, Culture, Media and Sport (DCMS) committee called for the government to introduce a UK-wide minimum concussion protocol by July next year.

The committee’s report also said the Health and Safety Executive (HSE) should be more closely involved in sport as, currently, there is an absence of employer responsibility towards athletes.

Julia Knight MP, who chaired the committee, said: “We’ve been shocked by evidence from athletes who suffered head trauma, putting their future health on the line in the interests of achieving sporting success for the UK.

“What is astounding is that when it comes to reducing the risks of brain injury, sport has been allowed to mark its own homework.”

The report said health and safety protections from the state should apply “as much to footballers and jockeys as they do to miners and construction workers”.

However, it argued that one of the biggest problems is uncertainty over who is responsible for driving change.

“Change has not happened quickly enough and, while the science currently available to us describes the problem, it does not provide solutions,” the report said.

It comes almost 20 years after former England striker Jeff Astle died at the age of 59, having developed dementia.

The inquest into his death found heading heavy leather footballs repeatedly had contributed to trauma to his brain, with the pathologist saying it looked like “the brain of a boxer”.

Lenny Woodward, a former rugby union and rugby league player for Wales, suffered multiple concussions during his career and was diagnosed with dementia at the age of 45.

He described the diagnosis as a “concern” but said that, after years of not feeling quite right, it was also a “relief”.

“What’s tragic is [that] it came from the game that I absolutely adored and loved.

“My concern is about the future. Will I have to go into a home? Will I be able to remember things? Remember memories with my kids?”

He said that athletes are often “judged on how tired you are, and you don’t want to let your teammates down, and so there’s a lot of pressure”.

The DCMS report said there needed to be better guidance for GPs and A&E staff, and better record-keeping by the NHS for when grassroots athletes reported to hospital after a concussion.

A spokesperson for the DCMS said: “Ministers share the committee’s concerns and have also heard the devastating impact that concussion has had on some athletes and families.

“We must all do better and work together to keep sport safe. Our plan includes steps to accelerate research by national governing bodies, work with the sport, education and health authorities on their concussion protocols, and maximise the use of technology to improve safe participation.

“This week we appointed a leading expert in dementia care, Laurence Geller CBE, as a ministerial adviser to drive action on concussion in sport.

“He will work intensively with governing bodies of sports and health experts to ensure all reasonable steps are taken to address this issue.”

Five sentenced over roles in Bristol ‘Kill the Bill’ riot